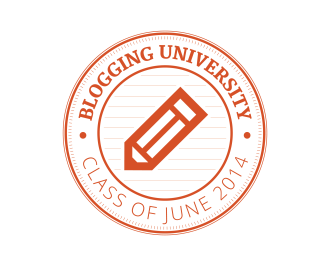 Write about your 3 favourite songs. And do it without stopping or correcting anything at the keyboard. Keep your fingers moving. I have to admit. I’ve already failed that step. I’ve gone back and deleted things. I’ve gone back and corrected spelling. I can’t help it. I haven’t stopped my fingers from moving but I have used the back space. Does that count? The goal is to use your three songs as inspiration and then, to get into the habit of writing for a set period of time everyday, set yourself a time (they recommend 15 minutes) and don’t stop writing until you’ve hit that time.

How do I pick three songs? I listen to music so much, and have my entire life. How do I pick just three songs? Maybe I can narrow it down? Maybe I’ll pick songs that represent me, at this moment? Okay, a blank. Now I’m panicking. I won’t be able to think up enough songs… now I can’t think of any songs at all. Okay. Relax. Step back and let them just come to you. I know, what about movie songs? I love soundtracks and film music. That’s what I’ll do. So, out of the many, many, songs I could choose, I decided to think of my favourite film music. Now, I’ve picked three songs and I’m not even sure these could be classified as my favourites within the genre, but they are representative of various things in my life so they are going to have to do.

This one falls on the list, because when I think of film music that has been influential to me, it is the first song that comes to mind. The song itself is beautiful and evokes a myriad of emotions as you listen to it. There is none of the terror of the movies. None of the fear of the Dinos that have escaped their cages and are threatening the survival of the visitors. There is only the beauty of that first and last site of the island. The beauty of large, majestic, flying dinosaurs soaring over a serene and beautiful scene. The song is enchanting. It was also one of my first introductions to the film music of John Williams. Now, I had heard his music before (Indiana Jones, Star Wars to name a couple) but had never connected the composer with his music. Until Jurassic park. The easy version of which is one of the first pieces I remember loving to play when I learned flute.

(oops, I stopped typing and almost went back to read over what I’d already written. Moving on… resist the urge…)

This second piece is also by John Williams. I was thinking of picking pieces by three different film composers (and I easily could) but this one just seemed fitting. And John Williams is my favourite. This pick is both for the song itself (beautiful and magical and iconic) but also for what it represents. I resisted entering the world of Harry Potter when it first became popular. I was determined not to fall under the spell. I was determined that I wouldn’t like it. That I didn’t like what it represented. And then I caved. I don’t remember what came first. I think I actually watched a bit of the first movie with my friends and then decided I would give it a try. I honestly don’t remember right now. Maybe I caved to the pressure of arguments that said I couldn’t really argue against a book that I hadn’t read. Either way, once I started, I didn’t stop. And I’m glad I didn’t. There is so much that is good in those books. I’ve had so many conversations about character development and plot line and themes of good and evil and that place someplace in between. Where it is grey. Where the world is not divided into good people and Death Eaters. Hedwig’s Theme represents all of this and more.

This pick is about both the beauty of the score (all of it, not just this particular song) and the talent of the composer who had to add and remove pieces and rework the score for such a long and involved film series. It is also about what it represents. I read The Lord of the Rings before I read Harry Potter. I had the Hobbit read to me by my dad when I was young and then when the first movie was announced I was determined to finish the entire series before I saw the first movie. I have read the series many times since that first time. I have talked about and thought about the characters and the plot and the theme of friendship and sacrifice and never underestimating a person or a people group. Everyone underestimated or forgot about the hobbits and yet hobbits were the group that would save the world from the evil that had befallen it. There are many books that are influential in my life and the Lord of the Rings trilogy will always be somewhere on that list. The lines from the hobbits theme conjure up an image of another world where it is simple and yet complicated and threatened.

Well, I’ve used up my fifteen minutes (and gone a bit beyond). I think I will go back and edit for typos and spelling. But I won’t edit for flow or style. I will leave my stream of consciousness thoughts as they are. I will embrace the idea of the exercise to just get the creativity unleashed. Creativity is stifled when you start to think too hard about what you want to say before you try to say it.

Hope you all enjoyed my ramblings about music. Do you enjoy film music? What are some of your favourites? If I were to edit this post into a more “polished” post, what changes would you suggest?

6 thoughts on “Free writing and my Favourite Songs”